How Poundland’s founder got his inspiration 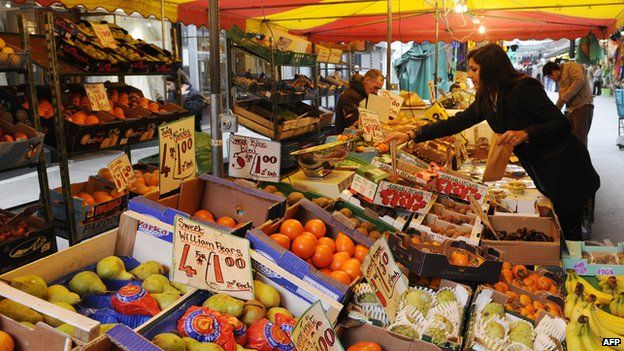 How Poundland’s founder got his inspiration

The other day I found myself amidst the stalls of Bilston Market, not far from Wolverhampton in the West Midlands.

The other day I found myself amidst the stalls of Bilston Market, not far from Wolverhampton in the West Midlands.

I am attracted to markets all over the world.

They are places of seeming chaos and confusion, blessedly free of most of the uniform brand names that have stamped themselves on to international retailing.

Markets are places where the customers seem more down to earth and more actively curious than in most shopping experiences.

And Bilston was a particularly interesting market to visit because I was accompanying Steve Smith, the founder of retail chain Poundland, to the place he first visited as a two-year-old.

Mr Smith’s father, Keith, worked as a draughtsman in a local business. Seeking to make more money on the side, he started hawking pens round his workplace.

He bought them wholesale, cheap and sold them cheap but at a profit. They sold well.

The success of this embryo business encouraged Keith Smith to take a Saturday stall in the local market in Bilston. He was soon making more money on the stall than his day job earned him in the rest of the week.

So Keith Smith became a full-time market trader and later founded a wholesale business supplying other traders like him.

Meanwhile his son Steve was growing up immersed in the business. On a trading day the family would set out to the market in a van jammed with things to sell, packing goods around the passengers to move as much as possible on to the stall.

They would arrive at the market as early as possible, even in the depths of winter. They wanted to get the best pitch – the one with the best flow of people all day, the one closest to the bus station and the pub.

Steve Smith showed me how the space he eventually claimed as his own was right in the middle of the traffic flow.

He told me about market stall pricing. He would buy something for (say) 50p, mentally halve the purchase price to 25p and then add that on to make a retail price to the customer of 75p – a simple and revealing rule of thumb.

The essence of a market stall operation is getting rid of the goods as quickly as possible. It is certainly true of fruit and vegetables, with an obviously short stall life. They have to be disposed of on the day.

That is also true of less perishable products – the pens and household goods of many kinds that Steve Smith used to sell.

Ideally the van would be empty by the time they closed down for the night and drove home.

This was a little business based on turnover. The Smiths lived – frugally – on what they made in the day or the week. Only when the family went into a wholesaling business, supplying the stalls they had once run, did the money begin to roll in.

Frugal perhaps, but what a lesson running a market stall in your teens teaches you about business.

The customer is absolute king. You have to live with purchasing mistakes and sell them off cheaply.

Listen to the weather forecast and pack the van with cheap umbrellas on probable rainy days.

It isn’t rocket science, but stall holding teaches you canny business practice in a hurry at a very early age – far more practically and quickly (I would argue) than does three years at a high fee business school.

Running a stall gives you a gut feeling about customers and what they want to buy. No team of market researchers with their clipboards can do that.

Write your prices big, says Steve Smith, as we looked round Bilston Market, where he was very pleased to be recognised as a local lad.

We noticed how many of the big price were round numbers – not those .99p endings that some retailers brandish.

They fool nobody, and seem a little bit like cheating – Steve Smith seems pleased the Poundland attitude is catching on across the market.

We paused to watch a market pitcher at work getting the crowd to set the prices of his duvets. It’s a sort of Dutch auction – the pitcher starts high, then establishes the bargain by moving down pound by pound until the crowd is nudged into bidding at a certain price, fearful of seeing the object of desire sold in front of them.

A bit of excitement, the feel of a bargain, and all the time the pitcher in firm control of the selling process, knowing very clearly what he or she paid for the products and how low they can afford to go, stopping the show by withdrawing the sale.

Don’t want to do that though, because you will have to go home with a van full of duvets.

Steve Smith tumbled on the idea for Poundland when his father retired to the Med with the money made from wholesaling, and he did not want to follow.

Talking about what to do next, Keith Smith reminded his son that on the stall they used to put loose items, which customers had removed from their packaging and not put back, into a big box at the front of the stall – everything priced at 10p.

There were times when – despite the rock bottom price – the goods in the bargain box made more than anything on the rest of the stall. Thus was born, says Steve, the concept of Poundland – a national chain with an obvious fixed and bargain price attached to everything.

There were plenty of local pound shops in the 1990s, but not a chain of them with superior buying power designed to lure in affluent customers with the sort of stylish displays used by other High Street stores.

And it worked. These days Steve Smith doesn’t have to work in the wet and the cold of Bilston Market any more, though his sister still runs a stall there.

But with the entrepreneurial drive established by that early education on a market stall, he and his family are still finding new endeavours to pioneer – a cut-price web-based online estate agency, or an online pound shop unrelated to Poundland, or a new internet business pitching offers to football fans.

Steve Smith’s business drive has come in from the cold – and is increasingly locating itself on the internet.

For more about Steve Smith’s visit to Bilston Market listen to In Business on BBC Radio 4 on Thursday 15 May at 20:30, repeated Sunday 18 May at 21:30. The subject is prices – 50 years after Parliament voted to abolish retail price fixing by most manufacturers.


Deprecated: Directive 'allow_url_include' is deprecated in Unknown on line 0